e-challan system launched in Karimnagar
Karimnagar: Stopping traffic violators and collecting amount manually will be a thing of the past in Karimnagar Police Commissionerate limits. To strengthen the traffic regulation system and maintain transparency in the imposition of fines on violators, Karimnagar police launched an e-challan system. Henceforth, violators can pay fine at any of the payment gateways such as e-Seva and Mee-Seva..
23 Dec 2018 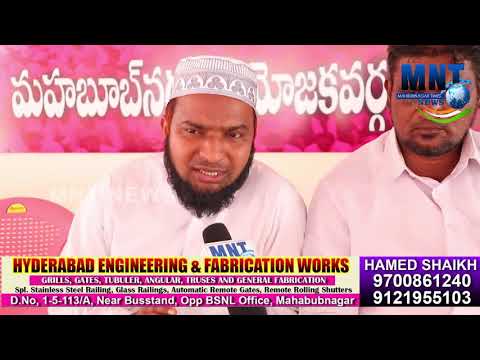 Hyderabad: Brain dead farmer’s organs donated
Hyderabad: Family members of 62-year-old farmer from Thanugula village, Jammikunta, J Mallaiah, who was declared as brain dead by doctors, have donated his organs through State-run Jeevandan organ donation programme. On Sunday morning, Mallaiah was travelling in his two-wheeler when he was hit by an unidentified vehicle. In the accident, Mallaiah received grievous head injuries and was first shifted to a local hospital in his village and by afternoon was brought to Global Hospitals, Lakdikapul..
26 Mar 2019

Confession of theft of Rafale documents proves scam: Gudur
Hyderabad: Telangana Pradesh Congress Committee (TPCC) Treasurer Gudur Narayana Reddy said that the Central Government's revelation in Supreme Court of theft of documents pertaining to Rafale deal has exposed the involvement of Prime Minister Narender Modi in the multi-crore aircraft deal. Gudur Narayana Reddy, in a media statement on Thursday, said that it was both strange and shocking that the Defence Ministry could not protect documents of such a big deal and made a confession about their theft before the Supreme Court when it was hearing a petition seeking review of its earlier verdict dismissing pleas seeking a probe into the Rafale purchase deal with France. He sought when did the Ministry of Defence actually learned that the documents were stolen. .
07 Mar 2019