Inter student held for harassing woman on Facebook in Hyderabad.

Clock Tower Mahbubnagar Illuminated on the eve of Bathkumma Festival.

Hyderabad student arrested for murdering a model in Mumbai, Maharashtra.

MEP leader and Heera Gold chairperson Nowhera Shaikh has been arrested by the Hyderabad police.

I am battling for a better India: KCR
Hyderabad: Chief Minister and TRS president K Chandrashekhar Rao on Monday declared he decided to take up the challenge of bringing about a qualitative change in national politics and the way the country is governed. “I will strive to achieve this goal with every ounce of my energy,” Chandrashekhar Rao said. “Someone has to do it. And I have decided to do so. The country needs a qualitative change that puts the agenda of the people first. When I raised the flag for Telangana State, many were skeptical. I achieved it with your support,” he said..
01 Mar 2019

‘Darpan’ reunites boy with kin
Hyderabad: Six months after a 14-year-old mentally challenged orphan went missing from his home in Ujjain of Madhya Pradesh, the Telangana Police, with its face recognition tool Darpan, played a crucial role in reuniting him with his family. According to Swathi Lakra, IG (Law and Order) and in-charge, Women Safety, the TS Police was using the Darpan to batch process photographs of missing persons (all India) and matching them with persons found across the country, when they found the missing report of Salman Shaik. The boy had gone missing from his residence in the Chiman Ganj Mandi police station limits of Ujjain in June 2018. The boy, who lost his parents and was living with his grandmother and maternal uncle, had reportedly strayed out of the house and was not seen since..
10 Feb 2019

Villagers launch walkathon demanding Bhunidu be made mandal headquarters
Mahbubnagar: The villagers of Bhunidu have launched a walkathon from their village on Sunday heading towards Mahbubnagar district collectorate to press for the demand of making their village as headquarters by separating it from the existing Maddur mandal..
11 Feb 2019

Find solutions for societal problems, NIT Warangal students told
Warangal Urban: NIT Warangal director Professor NV Ramana Rao urged the students to think innovatively for finding solutions for societal problems and said that the NIT-W is always in the forefront in giving guidance to science teachers and students regarding the projects. Addressing the students after inaugurating the Inspire-Manak 2019, a State-level science exhibition, along with Wardhannapet MLA A Ramesh and State Council Educational Research and Training (SCERT), Director B Seshu Kumari at the social welfare residential school, Madikonda here on Saturday, NV Ramana Rao said the schools can log in to NIT Warangal website and register to get an opportunity for visiting the various departments of NIT Warangal. He also stressed that the students have to solve the problems of the rural areas with innovative ideas. “The projects should be simple and cost-effective,” he added..
03 Feb 2019 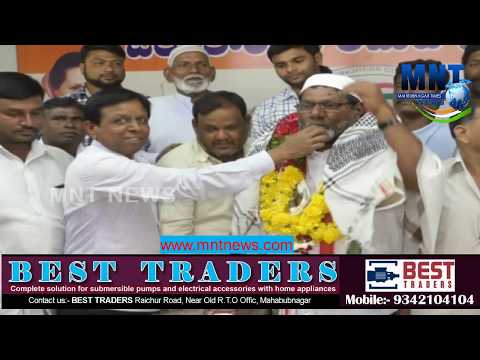 Apple iOS 12.1.2 reportedly bricking iPhones
Not all iOS updates are stable and the latest to run into a problem is Apple's latest 12.1.2 update which is reportedly causing problems for iPhone users. According to Mashable, the iOS 12.1.2 iOS update which was rolled out last week, is bricking iPhones by cutting off cellular data. Users have complained on Twitter about their iPhones' inability to connect to cellular data after installing the latest iOS update..
25 Dec 2018
Show More..