Telangana next only to Kerala, TN in health sector: Etela Rajender

‘Bring back culture of respecting women’

A car rammed into Hussain Sagar, 4 injured
A car rammed into Hussain sagar lake on Monday late night hours. According to police, the incident occured when the car driver was taking U turn at Lumbini Park with high speed. The car by damaging the footpath grills rammed into the lake. In the incident along with car driver Manikanta three other injured severely. Police with the help of Crane took the car out of the lake. Saifabad Police are investigating..
20 Nov 2018 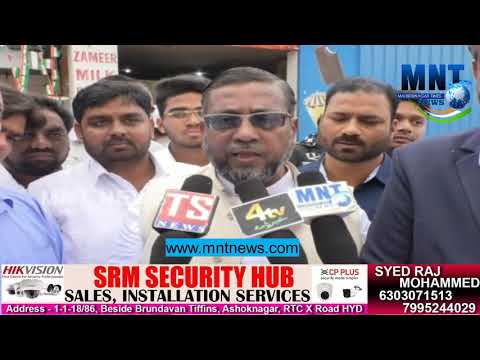 Apple may delete WhatsApp Stickers from App Store
San Francisco: Apple may delete all "WhatsApp Stickers" from the App Store as these apps have found to be violating the company's guidelines for developers, according to WABetaInfo -- a fan website that tracks upcoming WhatsApp features. The main reason why Apple could take the decision is that, "there are too many apps with similar behaviour and the design of these apps is the same," WABetaInfo tweeted on Sunday. .
20 Nov 2018

KCR for fast-tracking projects in 2 districts
Hyderabad: Chief Minister K Chandrashekhar Rao on Tuesday stressed the need to have plans ready to supplement water supplies from Godavari river to projects built on the Krishna in the eventuality of inadequate flows in the Krishna. He also called for fast-tracking construction and completion of ongoing irrigation projects in erstwhile Khammam and Mahabubnagar districts. The Chief Minister was addressing a review meeting at Pragathi Bhavan on under-construction irrigation projects in the two districts. He said officials should also complete preparation of operation manuals for all irrigation projects in the State. With regard to Mahabubnagar district, he said: “Godavari flows in the adjoining Khammam district. The district has large tracts of forests and receives abundant rains. A lot of water is available at Dummugudem and if it could be lifted to a height of 195 metres, then it will be possible to irrigate the entire district.”.
13 Mar 2019

Women told to report harassments
Jogipet: Civil judge Swathi Reddy on Friday called for widespread awareness about laws among the public, especially girls. She was addressing a legal awareness meet held at the government school in Posanipet village on Friday. Sexual or dowry harassment merits stringent punished as per the law, she said and explained the relevant provisions. .
10 Nov 2018