TV9 gets new CEO; Ravi Prakash and MKVN Murthy removed
Hyderabad: The Board of Directors of Associated Broadcasting Private Limited (ABCPL), which operates Telugu news channel TV9, on Friday announced that all the powers of V Ravi Prakash, founder and CEO, and MKVN Murthy, CFO, were revoked and the two removed from their posts with immediate effect..
10 May 2019

Chandrababu Naidu meets All India Muslim Law Board members, assures support on triple talaq
Amaravati: Andhra Pradesh chief minister N Chandrababu Naidu on Monday met a delegation of All India Muslim Law Board (AIMLB) members and assured them all support in their fight against the proposed Muslim Women Bill (Triple Talaq) 2018 in the Parliament. The Muslim delegation complained that the government led by Prime Minister Narendra Modi is trying to get political mileage by changing the Muslim marriage system which has been in practice for the past 1400 years..
26 Dec 2018

Save Qutub Shahi Masjid from encroachers: TDP
Khilwat:TDP Minority leadership on Wednesday demanded that the Wakf Board officials visit Qutub Shahi Masjid located at Shaikpet, and take measures to protect whatever little is left of it from the threat of encroachment. The encroachers have not only demolished a portion of wall, but also threatened to kill caretaker (Mutawalli) of the mosque. .
07 Feb 2019 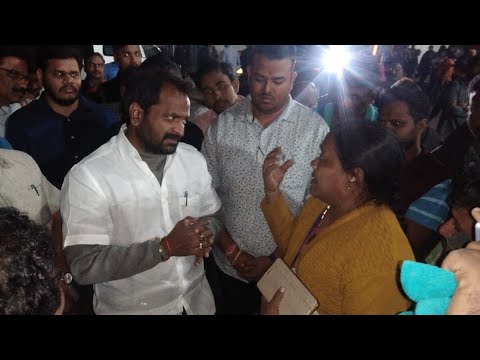