Children abused and harrassed by mother's partner in Telangana...

A 45-year-old man who had allegedly been sexually harassing two minor daughters of his female partner for the past few months and also physically assaulting the woman when she objected him abusing her daughters, was arrested by police at Neredmet on Friday. .

MLAs expulsion: Officials told to serve personal bond for not appearing in court
Hyderabad: Justice Dr P Shiv Shankar Rao of the Telangana High Court directed Assembly Secretary V Narasimhacharylu and Law Secretary V Niranjan Rao to serve a personal bond of Rs 10,000 to the Registrar (Judiciary) in order to get bail in the contempt case filed by Congress MLAs Komatireddy Venkat Reddy and S A Sampath Kumar. The case relates to the cancellation of the Legislative Assembly membership of the two MLAs. When the Assembly Secretary and Law Secretary failed to appear in court, Justice Siva Shankar Rao issued bailable warrants against the contemnors and directed the duo to be present in the court..
16 Feb 2019

Vigil to be increased against illegal electric fences, snares
Hyderabad: Following the recent incidents of death of humans and wild animals from electrocution, including the use of electrified snares by poachers who killed a tiger in the Kawal Tiger Reserve, the State Forest Protection Committee has decided to increase vigil against the menace of illegally erected electrified fences and snares..
22 Jan 2019 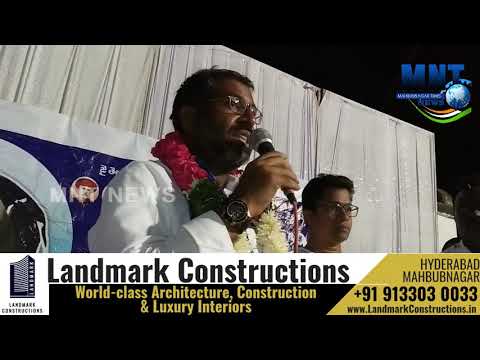 Sania Mirza’s son Izhaan makes social media debut
Hyderabad: Tennis star Sania Mirza, who had her first child Izhaan with Pakistani cricketer Shoaib Malik, shared the baby’s photograph on social media showing his face for the first time after many sneak peeks since his birth. She took to Twitter to share her son’s photograph with her followers on the micro blogging website. Sharing the photograph, she wrote “Living life in the fast lane can be fun !!! It’s time to say hello to the world” (sic) .
22 Dec 2018

Toddy tapper crushed under tipper wheels
Mahbubnagar: A toddy tapper was killed when a tipper hit his bike from behind crushing him to death at Kistaram village of Jadcherla mandal in Mahbubnagar district on Friday. According to police, the deceased is identified to be a toddy tapper from Rayapally village of Rajapur mandal under Jadcherla constituency. It is said that the accident occurred only because of the sheer neglect of the tipper driver. A case has been booked against the tipper driver for rash driving and causing death..
10 Nov 2018

Watch: Class IV student narrates success tale of Telangana
Hyderabad: Not only adults, even school-going children are telling the success tales of Telangana and testifying the progress they have witnessed in their villages. A video featuring a school girl has caught the eye of netizens and is doing rounds on social media. Through the video, a girl named Gayathri Naik from Solipur village in Wanaparthy is seen explaining the changes that took place in her village after the formation of Telangana..
13 Nov 2018
Show More..