Eight artists of Telangana Samskruthika Sarathi have been suspended for participating in election campaign of a political party..

Do not fear return of Modi: Asaduddin Owaisi
Hyderabad: All India Majlis-e-Ittehadul Muslimeen president Asaduddin Owaisi has asked Muslims not to fear the return of Narendra Modi as Prime Minister or the policies of the NDA government..
31 May 2019

Deccan Haat inaugurated in Hyderabad
Hyderabad: The Minister for Agriculture, Co-operation, Marketing, Food & Civil Supplies & Consumer Affairs, Singireddy Niranjan Reddy suggested that self help groups and artisans should come up with products that were in tune with consumer’s preferences. After inaugurating Deccan Haat – 2019 exhibition-cum-sale of handicrafts & handlooms, organised by the National Bank for Agriculture & Rural Development, Telangana Regional Office at Institution of Engineers (India), here on Friday, the Minister went around the stalls and interacted with the artisans. He appreciated the services of NABARD in rural development and helping the farmers become self sufficient..
02 Mar 2019

Telangana will sizzle for two more days: IMD
Hyderabad: The sizzling heat wave conditions that baked Telangana on Saturday, will continue for two more days, the Indian Meteorological Department has warned. In its forecast for the next four days – up to Wednesday next – the IMD warned heat wave conditions will likely prevail over a third of Telangana State. It said the districts of Nirmal, Adilabad, Kumrubm Bheem-Asifabad, Mancherial, Nizamabad, Kamareddy, Karimnagar, Peddapalli, Jagtial, Jaishankar-Bhupalapalli, Khammam, Bhadadri-Kothagudem and Rajana-Siricilla are likely to bear the brunt of the heat wave conditions on Sunday and Monday. The IMD did not issue any warning for Tuesday and Wednesday. .
27 Apl 2019

TRS aims 5 Lakh majority in LS polls
Medak: Many election records are at stake as Telangana Rastra Samithi (TRS), aiming to win 16 Lok Sabha seats in favourable political conditions, is also targeting to win at least four Lok Sabha constituencies with over 5 lakh margin of votes, a mark never achieved in any of the 17 seats in Telangana. The 4.59 lakh majority scored by Pasunuri Dayakar in Warangal Lok Sabha by-poll in 2015 is the highest majority ever achieved in any of the 17 Lok Sabha seats. Dayakar’s victory margin is also 7th highest ever in the history of Indian Lok Sabha elections..
26 Mar 2019

Secunderabad station gets new massage chairs
Hyderabad: On the lines of Kacheguda Railway Station, the Secunderabad Railway Station is slowly getting a modern look. After establishing a modern food court, authorities recently provided a pair of massage chairs on Platform No.1 of the station. With this, passengers while they wait for their train, can sit in these chairs which provide head to toe massage at a cost of Rs 50. According to officials, these chairs provide massage and help bring down stress apart from improving blood circulation and offering relief from body aches and pains. .
25 Mar 2019 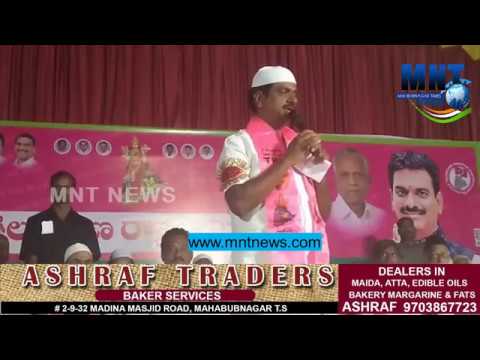