Tension prevailed at Yakutpura area in the old city late on Saturday night after members of two Muslim groups raised objections to alleged “derogatory remarks” made by a prominent speaker at a mosque during a religious meeting. .

Hyderabad: Woman given triple talaq over phone for giving birth to girl child
A woman was given triple talaq by her husband over the phone after she gave birth to a baby girl in Tolichowki. Though the incident occurred three weeks ago, it came to light after the woman lodged a complaint with the police. Mujammil, who works as a principal in a private school has married a woman in January, 2017. Mujammil began harassing his wife after she delivered a baby girl three months ago. .
20 Dec 2018

MLA Jaffar lends ear to public grievances
Asif Nagar: Nampally MLA Jaffar Hussain Meraj, along with the party leaders, held a meeting to listen to the public grievances at party office on Wednesday. As per the instructions given by his party chief, Jaffar Hussain held a meeting, along with the local corporators and leaders, to serve public and to address public civil grievances. .
01 Feb 2019 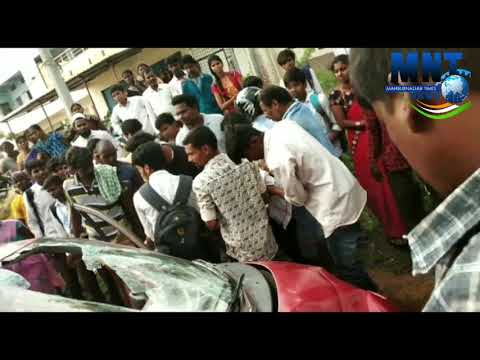 Rahul discusses strategy for LS polls with TPCC APCC heads
New Delhi: AICC President Rahul Gandhi met the presidents and other prominent leaders of Telangana Pradesh Congress Committee and Andhra Pradesh Congress Committee here on Saturday to discuss party strategy and preparedness of the units for the ensuing Lok Sabha elections and also AP Assembly polls.Speaking to the media separately later, TPCC president N Uttam Kumar Reddy and APCC President, Raghuveera Reddy, said Rahul asked them to focus on the election manifestos and the key issues to be incorporated in those..
10 Feb 2019

Online filing of Haj applications at Haj House
Telangana State Haj Committee (TSCH) Prof. S. A. Shukoor announced that the facility for filling up and submitting the Haj Applications Online would be available to the aspiring Haj applicants at Haj House, Nampally, Hyderabad from Tuesday 23rd October, onwards. .
19 Oct 2018

Three Telangana Ministers take charge on Sunday
Hyderabad: Ministers Koppula Eshwar, Ch Malla Reddy and V Srinivas Goud occupied the new chambers allotted to them in the D-block of the State Secretariat on Sunday. Ministers, MPs and legislators apart from TRS leaders and officials participated in the formal ceremony organised in the chambers of the respective Ministers. Accompanied by Health Minister Etela Rajender and Agriculture Minister S Niranjan Reddy, Welfare Minister Koppula Eshwar formally took charge in his chamber and was congratulated by one and all. Soon after taking charge, Eshwar was greeted by the legislators, officials and his constituents on his new role. He thanked Chief Minister K Chandrashekhar Rao for appointing him to the Minister’s post. He also vowed to fulfill the aspirations of people of Telangana and realise the vision of Chief Minister K Chandrashekhar Rao in taking people-centric welfare measures. “The Chief Minister kept faith in me and entrusted me with a huge responsibility. I will put all efforts to meet his pace of work to achieve speedy results,” he said. He also assured to resolve issues pertaining to the department in complete coordination with the officials..
24 Feb 2019
Show More..