Gritty owl survives with one talon for over two years...

Hyderabad: Never quit. That seems to be the lesson from nature. If it was a gritty Great Cormorant from Madinaguda Lake on Monday, this time it is an Indian Eagle Owl, which is surviving with just one talon. The talon, the large, hooked claw that birds of prey use to tear flesh, is the most powerful organ of raptors. “A missing talon would mean certain death for any raptor. Any injury on this part seriously impacts its ability to hunt,” says Fareed Mohmed, wildlife photographer and member of Hyderabad Birding Pals, who caught the owl on his camera. This species hunts by attacking unsuspecting prey from behind. It approaches with a silent flight and instantly kills the prey with its large talons..

Congress MLA from Nakrekal to quit party
Congress MLA from Nakrekal Chirumarthi Lingaiah has announced his resignation to the party as well as to his MLA seat. Speaking to media on Sunday, Lingaiah said that he will resign to the MLA post as he won it from Congress party. Asserting that he does not have interest in any post, Lingaiah said that he is joining TRS after being impressed by its schemes. "While the TRS party is struggling for the welfare of the people, the Congress party is turning as an obstacle for the developments by foisting false cases on the government," said the MLA..
10 Mar 2019 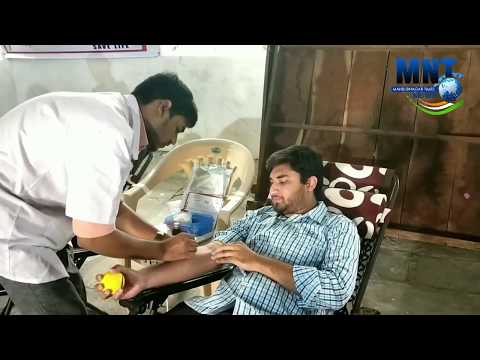 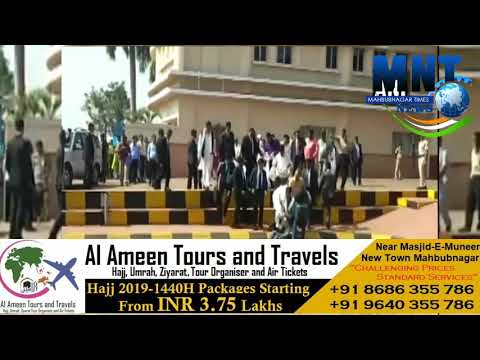 Collector reviews voter enrolment drive
Malkajgiri: District Collector MV Reddy conducted meeting on voter enrolment with principals of Degree and Engineering colleges here on Thursday.Reddy said, “We were successful in getting huge polling turnout in 2018 Assembly elections with coordination of all departments. We made people aware of the importance of vote with slogan Medchal – Votechal.” Kukatpally and Quthbullapur had recorded more polling percentage than previous elections due to various Systematic Voters Education and Electoral Participation (SVEEP) programmes in the district. He appreciated the colleges for their active participation in the SVEEP programmes..
01 Feb 2019

India reach 57/1 at lunch on Day 1 of 3rd Test
Melbourne: India made a steady start reaching 57/1 at lunch on the opening day of the third Test on Boxing Day at the Melbourne Cricket Ground (MCG) here on Wednesday. At the break, debutant opener Mayank Agarwal (34 not out) and No.3 Cheteshwar Pujara (10 not out) went back undefeated after Pat Cummins ended the 40-run opening stand between the new opening combo of Agarwal and Hanuma Vihari..
26 Dec 2018

Telangana cops exhume body for postmortem
Warangal Rural: The body of a 16-year-old girl was exhumed at Peddathanda hamlet under Annaram village limits in Parvathagiri mandal in the district on Monday following a complaint by the girl’s father that he had doubts about the cause of her death. Autopsy by the forensic experts of the Kakatiya Medical College (KMC), Warangal, was carried out at the grave itself in the presence of the local thasildar..
25 Dec 2018
Show More..