Hyderabad: TRS working president KT Rama Rao strongly condemned the partisan attitude of the BJP-led government at the Centre which refused financial assistance to the Telangana government’s flagship programmes — Mission Bhagiratha and Mission Kakatiya. He accused the Union government of being partial to the BJP-ruled States and meting out stepmotherly treatment to States where the BJP had no future. The TRS working president declared that the State government will continue to pursue the pending issues with the Centre, while TRS MPs will not hesitate to launch a protest within and outside the House, demanding justice for the State..

Final rites of 3 teens who died in US performed in Nalgonda
Nalgonda: The final rites of three teenagers, who were charred to death in a fire accident in the US on December 24, were performed at Gurrapu thanda, their native place, in Neredugommu mandal in the district on Saturday. The siblings — Sathwika Sharon Naik (17), Aaron Suhas Naik (15) and Joy Suchitra Naik (14) from Gurrapu thanda — died in a fire accident at a family friend’s house in Collierville in the US. They were the children of Pastor Srinivas Naik and Sujatha, both natives of the tribal hamlet..
20 Jan 2019

Kids’ corner annual day held in NTPC
Peddapalli: Children from Deepthi Kids’ Corner (run by Deepthi Mahila Samithi) of NTPC-Ramagundam gave a splendid performance at their annual day function held at Kakatiya function hall on Friday evening. Children grabbed the attention of all with the cultural programmes featuring welcome dance followed by an array of programmes and fashion show. Speaking on the occasion, General Manager (operations and Maintenance), Mathew Varghese stressed the importance of nurturing kids from the childhood. He appreciated the kids for their performance and the efforts made by kids’ corner office bearers to make it a grand success..
16 Mar 2019

All set for second phase of GP polls
Hyderabad: The ruling TRS continued its winning streak in the ongoing panchayat polls in the State. The party supporters are said to have registered victory in nearly 1,800 of about 2,130 gram panchayats where elections were declared unanimous. As on Wednesday, unanimous elections were declared in 769 villages in the first phase, 788 villages in second phase and another 573 villages in third phase. However, the State Election Commission is yet to declare the unanimous elections held for panchayats in third phase..
24 Jan 2019 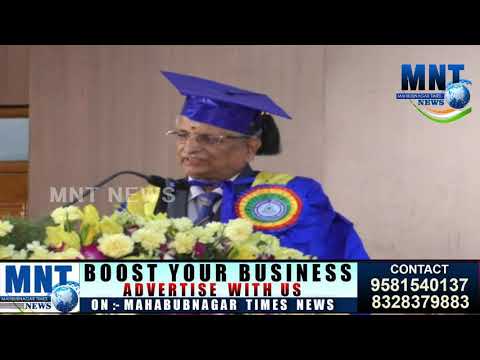 Hyderabad Metro turns blind eye to Revanth Reddy’s flash mob electioneering
Hyderabad: How ironical can it get! The Hyderabad Metro Rail, which does not even allow cameras to be carried in the Metro trains, seem to have remained mute spectators to a group of youngsters who launched a flash mob dance in support of Malkajgiri Congress candidate A Revanth Reddy, on board a train on Friday. Sporting Revanth Reddy masks, the group broke into a flash mob seeking votes for the Congress candidate, even as commuters wore an amused look..
05 Apr 2019

Telangana to fill up 4600 gurukul posts
The Telangana government will fill up 4600 teacher and other posts for the next academic year 2019-20 in which 119 BC gurukul schools will be set up in the state. The recruitment will be held based on the new zonal system. The notification will be released after completing the recruitment process of TGT, PGT posts which were announced last year. On the other hand, the government is finding difficult to find the space for setting up new gurukul schools and it is also planning to scrap a few classes in case if no space is found..
25 Jan 2019
Show More..