When the Telugu version of the Hindi film Accidental Prime Minister, based on former Prime Minister Dr Manmohan Singh, is out (slated for release on January 18), perhaps the juicy parts for the Telugu states could be the scenes depicting the politics over Telangana statehood during the UPA regime. The film is based on a book written by senior journalist Sanjay Baru, who was the press secretary to the then Prime Minister Manmohan Singh. .

Apple finds quality problems in some iPhone X and MacBook models
Apple Inc said on Friday it had found some issues affecting some of its iPhone X and 13-inch MacBook pro products and said the company would fix them free of charge. The repair offers are the latest in a string of product quality problems over the past year even as Apple has raised prices for most of its laptops, tablets and phones to new heights. Its top-end iPhones now sell for as much as $1,449 and its best iPad goes for as much as $1,899..
10 Nov 2018

Umashankar appointed as GM at RVNL
Hyderabad: M Umashankar Kumar took charge as general manager of Rail Vikas Nigam Limited (RVNL) here on Monday after relinquishing his post as chief public relations officer at South Central railway (SCR). During his stint as the head of the public relations department, Umashankar with his affable nature not only won the hearts of his team, but also brought in several positive changes. He has been instrumental in issuing press releases in Telugu to the media and positioning SCR on social media platforms. One of the highlights of his four-year tenure was the extensive multi-pronged publicity campaign undertaken to highlight the extensive arrangements made by railways during Godavari and Krishna Pushkarams. Umashankar took personal interest in the publication of ‘SCRs Coffee Table Book - A Treasure Trove of Rail Heritage.’ One of his biggest contributions was the planning and execution of DIGIPAY Railway Station concept, which was implemented for the first time on Indian Railways, enabling services on the Digital Gateway at important railway stations. .
01 Jan 2019

Triple Talaq Bill Faces Crucial Rajya Sabha Test Today: 10 Points
New Delhi: The revised bill to make instant Triple Talaq - the practice of Muslim men to instantly divorce their wives by uttering "Talaq" thrice -- a punishable offence will be placed in Rajya Sabha for debate and passing. The bill, passed by the Lok Sabha, faces the real test in the upper house of parliament where the government lacks the numbers. Contending that the bill targets the Muslim community, the opposition wants it go to a joint parliamentary committee for further scrutiny. The Congress said it won't allow the bill to be passed in its current form, and has made it mandatory for its lawmakers to attend today's session. .
31 Dec 2018 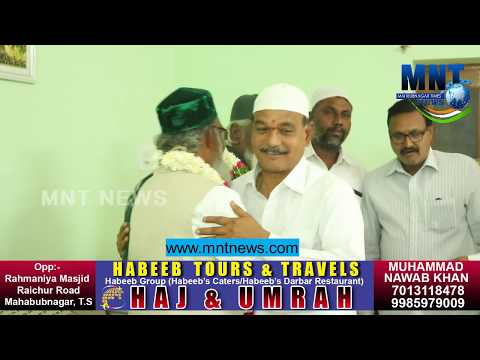 Child’s death: Residents protest management’s negligence
Hyderabad: Following the death of Divit Sharma, the six-year-old boy who was crushed beneath a concrete bench, mild tension prevailed in Janapriya Utopia, as angry residents staged protest against the management and association here on Friday. They alleged negligence on part of the association and the maintenance staff which resulted in the death of the child. A group of women from the gated community gathered at the accident spot and broke the other damaged concrete benches in the sitting area. The residents alleged that though there are four different associations, they lack co-ordination and always get into blame game against each other. “They neither have a set of policies nor follow proper rules and regulations,” said a resident..
27 Apl 2019
Show More..