One killed in LPG cylinder mishap in Hyderabad...

Hyderabad: One person was killed and three others reportedly injured when a fire broke out from a LPG cylinder leakage in a house in Kapra here on Friday. The fire is said to have triggered an explosion on the second floor of the building. Due to the impact, the house collapsed. Police said debris from the building, as it collapsed, fell on a local identified as Ravi, resulting in a head injury and on-the-spot death. The Kushaiguda police and the Fire Department officials rushed to the spot and brought the fire under control. The injured were shifted to the hospital.. 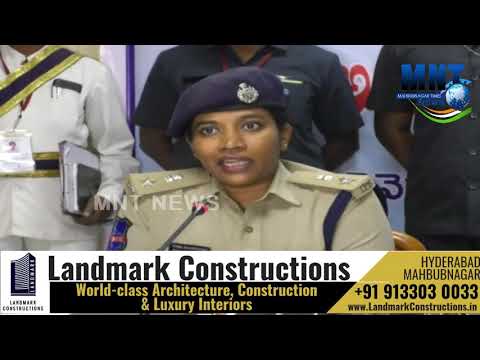 No road, no vote': Residents of Hyd colony protest against govt apathy
Angered over months of government apathy and the state’s failure to provide basic amenities, the residents of Ameenpur in Hyderabad staged a protest earlier this week, threatening to withhold their vote in the upcoming Telangana elections if the roads were not fixed. The 'No road, no vote' protest was led by the Ameenpur Joint Ventures Association, which consists of 26 residential projects across three colonies. Locals have complained that a two-kilometre stretch of road from Chandanagar to Ameenpur village has been poorly maintained for months, resulting in an extremely bumpy ride for vehicles as well as several accidents..
5 Oct 2018

Maiden session of new TS Assembly from Thursday
Hyderabad: The maiden session of the newly elected State Assembly will begin on Thursday. To convene the session pending election of the Assembly Speaker, seniormost legislator, Mumtaz Ahmed Khan, belonging to All India Majlis-e-Ittehadul Muslimeen (AIMIM), took oath as pro tem Speaker at Raj Bhavan on Wednesday. Governor ESL Narasimhan administered the oath of office in the presence of the Chief Minister and key government officials here..
17 Jan 2019

Rohit to skip India A tour to New Zealand
Hyderabad: Rohit Sharma, who was originally named in India A’s squad for the first four-day match against New Zealand A, has been advised rest by the BCCI Medical Team in consultation with the team management and the All-India Senior Selection Committee..
13 Nov 2018

Market yard in Devarkadra in shambles, farmers harassed by wandering pigs
Mahbubnagar: The Devarkadra market yard, which is in the proximity for the farmers of more than 10 mandals, is in a pathetic condition as the farmers, who bring in grains, agriculture products like paddy, cotton, jowar, maize, groundnut for selling to the market yard are facing tough time due to the freely roaming pigs. Moreover, as there is no compound wall for the market yard and left open from all ends, there is lot of litter gathered everywhere making the entire place unhygienic. .
29 Dec 2018