‘No room for tail end areas in Mission Bhagiratha’...

Suryapet: Former Minister and Suryapet MLA Guntakandla Jagdish Reddy on Friday directed officials to ensure that even the last villages to be covered under Mission Bhagiratha get the same quantity of water that is supplied to the first village. Along with Collector Amoy KUmar, Jagdish reviewed the progress of the project’s works at a meeting with the officials in the Suryapet district Collectorate. Speaking at the review meeting, he made it clear that all villages should get equal quantity of water and that none should be supplied less than the prescribed amount..

Gram Panchayat elections: Schools, colleges to remain shut on polling day in Telangana
Educational institutions in the state will remain closed in the view of gram panchayat elections. As the elections are held in three phases, the schools and colleges which come under the respective areas of the elections will be shut for the day. .
20 dec 2018

KCR failed to fulfil election promises: Amit Shah
KCR failed to fulfil the promises being made to the people during 2014 elections, said Amit Shah at Nirmal public meeting. He assured to improvise the lives of farmers but around 4,500 farmers committed suicide including 130 in his own constituency Gajwel..
25 Nov 2018

Major fire breaks out in Banjara Hills hotel
Hyderabad: A major fire broke out on the third floor of the Sky Blue hotel on Road No.11 in Banjara Hills on Monday night. On noticing flames, the staff managed to move to safer zones, while fire tenders from Film Nagar and other areas were rushed to the spot. The fire-fighting operation was still on with Disaster Response Force vehicles belonging to the Greater Hyderabad Municipal Corporation (GHMC) too reaching the spot..
25 Feb 2019 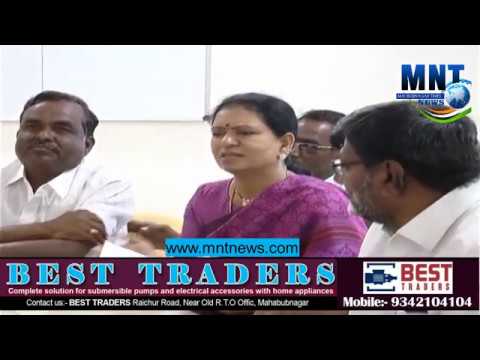 Special measures to improve polling percentage: Bhongir Collector
Yadadri-Bhongir: District Collector Anitha Ramachandran on Sunday said that special measures would be taken up to improve polling percentage where the percentage was less than 75 per cent in recent Legislative Assembly elections. Launching Elections Media Centre in the district Collectorate, Anitha Ramachandran said that all the required measures were being taken up for free and fair polling in Lok Sabha elections. The political parties and contesting candidates should strictly follow the model code of conduct and instructions of the Elections Commission of India during the elections. To check the violations of model code of conduct, static surveillance teams and video surveillance teams were formed to keep an eagle eye on the elections campaigns and activities of the contesting candidates. The Returning Officers would receive the nominations from the candidates from March 18 to 25 except government holidays..
17 Mar 2019
Show More..