Karimnagar: Congress candidate from Karimnagar Parliamentary constituency, Ponnam Prabhakar filed his nomination on Wednesday. Prabhakar along with senior congress leader T Jeevan Reddy and other party activists submitted his papers to the District Collector and Returning Officer Sarfaraz Ahmed. Speaking on the occasion, Prabhakar questioned as to why Chief Minister K Chandrasekhar Rao had started his parliament election campaign from Karimnagar if the local Telangana Rashtra Samithi MP candidate was strong enough. Referring to TRS leaders’ claim that the party would play a vital role in the Centre if it wins 16 MP seats, he said out 543 Lok Sabha seats, 16 MPs were 3 per cent. What would TRS do with such a meager numbers? he questioned..

MLA Jaffar lends ear to public grievances
Asif Nagar: Nampally MLA Jaffar Hussain Meraj, along with the party leaders, held a meeting to listen to the public grievances at party office on Wednesday. As per the instructions given by his party chief, Jaffar Hussain held a meeting, along with the local corporators and leaders, to serve public and to address public civil grievances. .
01 Feb 2019

NDA does a TRS, copies Rythu Bandhu for farmers across country
Hyderabad: The BJP-led NDA government took a leaf out of the Telangana Rashtra Samithi government’s welfare policy for the farm sector, announcing an annual direct income payment of Rs 6,000 for farmers in the country. Presenting the interim budget for 2019-2020 in Parliament on Friday, Union Minister Piyush Goyal, standing in for the ailing Finance Minister Arun Jaitley, announced the Prime Minister’s Kisan Samman Nidhi, which envisages payment of Rs 6,000 in three instalments of Rs 2,000 each. The new scheme is nothing but a replication of the path-breaking ‘Rythu Bandhu’ scheme of the TRS government launched during last Kharif season..
01 Feb 2019 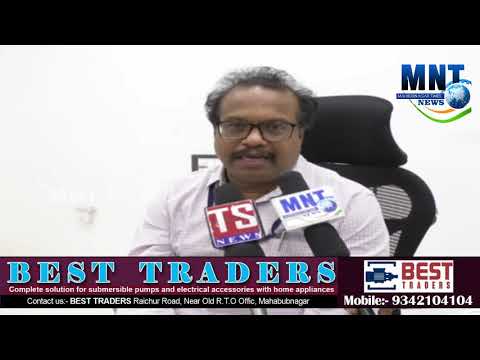 TRS aims 5 Lakh majority in LS polls
Medak: Many election records are at stake as Telangana Rastra Samithi (TRS), aiming to win 16 Lok Sabha seats in favourable political conditions, is also targeting to win at least four Lok Sabha constituencies with over 5 lakh margin of votes, a mark never achieved in any of the 17 seats in Telangana. The 4.59 lakh majority scored by Pasunuri Dayakar in Warangal Lok Sabha by-poll in 2015 is the highest majority ever achieved in any of the 17 Lok Sabha seats. Dayakar’s victory margin is also 7th highest ever in the history of Indian Lok Sabha elections..
26 Mar 2019

Elaborate arrangements for Sri Rama Navami at Bhadrachalam
Bhadrachalam (Kothagudem): District Collector Rajat Kumar Saini directed the authorities to install sufficient LED screens at all main junctions including on the premises of Sri Sitha Ramachandraswamy temple for the immanent Kalyana Mahotsavam festival here. He ordered the officials to place the arrangement in place for the convenience of the devotees who throng the shrine in large numbers without causing any inconvenience throughout the annual religious ritual on Sri Rama Navami falling on April 14..
07 Apr 2019

Villagers in Mahabubnagar protest merger, CI injured in stone pelting
Mahabubnagar: A Circle Inspector of Bhootpur police station sustained injuries on his head while trying to disperse a crowd that had gathered to protest against the merger of Koilkonda mandal with Narayanpet, in view of the formation of Narayanpet district for which a Gazette notification was issued last month. On Monday, people from several villages across Koilkonda mandal in Mahabubnagar district gathered at Dummaipally village located on the main road connecting Koilkonda and Narayanpet mandal headquarters. They demanded that Koilkonda should not be merged with the new Narayanpet district and that status quo be maintained..
05 Feb 2019
Show More..