Khammam: TRS candidate for Khammam Lok Sabha N Nageswar Rao, sitting MP P Srinivas Reddy and MLC Palla Rajeshwar Reddy took part in the campaign for Lok Sabha election in Kallur and Enkoor mandals in Khammam district on Friday. The TRS leaders appealed party workers to make collective efforts to win Khammam Parliament seat with a huge majority this election. Speaking to the press at his residence at Narayanapuram in Kallur mandal, MP Srinivas Reddy appealed to the party workers to follow the directions of Chief Minister K Chandrashekhar Rao and work for the party’s victory in the segment. The TRS MP said that the CM had assured a better place to him. He said that the CM took various things into consideration while fielding candidates from the party. Party workers should abide by the party’s decision and should work for the victory..

Thousands congregate at Gangapur jatara in KB Asifabad
Kumram Bheem Asifabad: The annual ceremonies of Sri Balaji Venkateshwara Swamy Devasthanam of Gangapur village in Rebbena mandal began on a colourful note on Tuesday. Thousands of devotees from several parts of the district, neighbouring Mancherial and even Maharashtra congregated at the ancient temple for the ‘jatara’, and witnessed the chariot procession and the celestial wedding solemnised by priests. They performed special prayers at the shrine and had darshan of presiding deity. .
20 Feb 2019

Amid spat with V-C, Chancellor refuses to attend convocation at Hyderabad’s Urdu University
IN AN unprecedented move, the chancellor of a central university has refused to attend the institution’s convocation following his face-off with the vice-chancellor (V-C)..
17 Nov 2018

Officials told to gear up for panchayat elections
Medchal: District Joint Collector D Srinivas Reddy ordered the district authorities to gear up for the upcoming panchayat elections. He spoke at a meeting held to review the progress of various government programs at District Collectorate Office, Keesara, on Monday. Addressing the district officials, he instructed them to form district-level advisory committees. He said that the printing of 1.35-lakh ballot papers have been completed and about 20,000 additional ballot papers are yet to be printed. He informed the authorities that the elections for cooperative societies would be held immediately after panchayat elections. .
25 Dec 2018 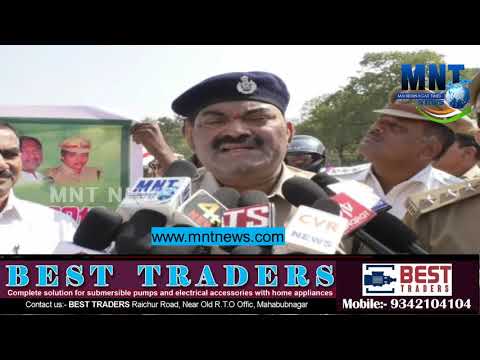