TRS way ahead of rivals in Warangal...

Warangal: With only a day left for the Lok Sabha election campaign to end, the Telangana Rashtra Samithi (TRS) candidate Pasunuri Dayakar seems way ahead of his opponents, and is confident of clinching victory with a thumping majority. The TRS party cadre is also in an upbeat mood as they are confident of victory. This is evident from the fact that his opponents including candidates from the major parties Congress and BJP have called it a day considering the ‘speed of the car’. It may be added here that TRS’ Dayakar scripted history by winning the seat with a huge majority of 4,59,092 votes in the bye-election held in 2015.. 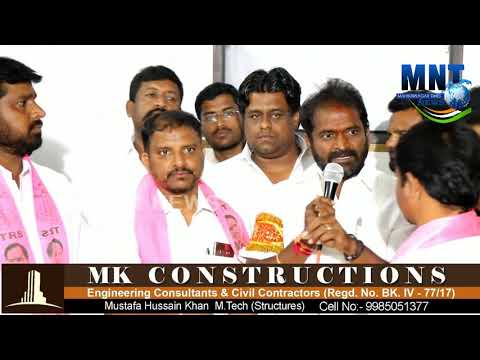 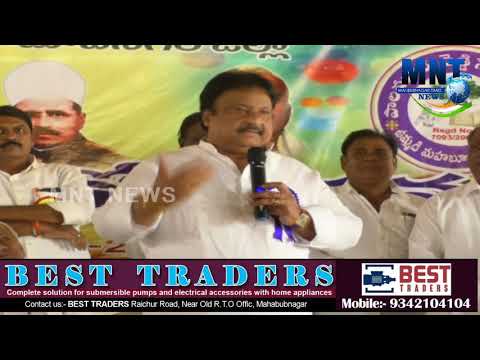 Telangana: BC students to be prepped for competitive exams
Hyderabad: Catch them young, is exactly what BC welfare residential schools in Telangana are doing by tapping the potential of its students at an early stage. In a major decision aimed at preparing its students for various competitive examinations, the Mahatma Jyotiba Phule Telangana Backward Classes Welfare Residential Educational Institutions Society plans to start foundation courses right from class V onwards. These courses aim to equip the students for Joint Entrance Examination (JEE), National Eligibility cum Entrance Test (NEET) and Civil Services, among other examinations, apart from regular academics — all this without losing focus on extra-curricular activities..
17 Mar 2019

Palair MLA, sixth from Congress, to join TRS
Hyderabad: Congress party MLA from Palair, Kandala Upender Reddy on Thursday announced that he was ready to join Telangana Rashtra Samiti, making him the sixth in a line of the opposition party legislators to do so. The Congress party, which had 19 of its nominees elected to the Assembly, will now be left with 13 who are still with the party. According to TRS leaders, a few more Congress MLAs may also announce their intention to join TRS in the coming days..
14 Mar 2019

Rain brings relief in Telangana, but causes loss
Hyderabad: At least two persons were killed when lightning struck them as thunderstorms lashed certain parts of Telangana even as some areas continued to get baked under a heat wave during the day on Saturday..
12 May 2019

ECIL builds new classrooms for students of Cheryala Govt School
Hyderabad: City-based Electronics Corporation of India Limited (ECIL) has constructed two classrooms for students of the Mandal Parishad Primary School (MPPS) at Cheryala, Medchal-Malkajgiri district at a cost of Rs. 9.25 lakh, as part of its Corporate Social Responsibility (CSR) initiative. On Monday, DV Shastry, Director (Personnel), ECIL handed over the classrooms to Headmaster of the school, Balakrishna. On the occasion, the senior ECIL official underlined the importance of education in today’s competitive world. “Today’s economy is knowledge economy and it is only with acquisition and enrichment of knowledge that one can have cutting edge over others. I urge students to work hard in studies and get involved in sports and other extra-curricular activities and achieve excellence,” he said..
08 Apr 2019
Show More..