Hyderabad: Comprehensive development of agriculture, ensuring minimum support prices or better than MSP returns to farmers in the State will require an integrated approach to agriculture which needs a revamp of the official machinery and bringing under the umbrella of Agriculture Department various other departments like Horticulture, Marketing, Civil Supplies, Chief Minister K Chandrashekhar Rao said. He also said the plan for crop colonies in Telangana should not just be about food consumption patterns and localised availability of different foods but also be based on soil types that suit each crop..

30 Bajrang Dal teams on lookout for couples on V-day in Hyderabad
Around 30 Bajrang Dal teams are on the lookout for couples on Valentine's day in the city at public parks and shopping malls. Apart from taking out rallies in the city, the Bajrang Dal, the youth wing of the Vishva Hindu Parishad (VHP) are said to be staging a protest against the couple celebrating the V-day. However, the pubs and malls in the city have also been warned by the group against the conduct of special programmes to attract couples. "Conducting such programmes are against our culture and tradition which also spoil the youth who go to pubs, take drugs and drink," said Subash Chandra, the State Convener for Bajrang Dal in Telangana..
14 Feb 2019 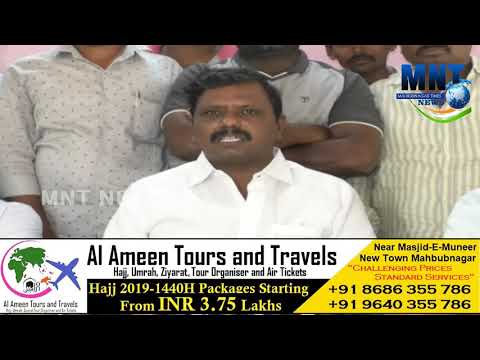 A tweet on parking fee brings swift change in Siddipet
Siddipet: A single tweet can sometimes make a world of difference. In one such instance, a tweet by a movie goer and a responsible citizen, Sushil Kumar, freed the entire movie-going crowd in Siddipet town from paying parking fee at movie theatres. Following a tweet by Kumar to Siddipet District Collector D Krishnabhaskar seeking clarification on whether they had to pay parking fee in theatres in the town, Municipal Commissioner, K Srinivas Reddy held a meeting with the management following the directions of Collector here on Monday. Kumar also questioned the administration’s failure to implement a GO issued by the Municipal Administration Department in 2018..
25 Mar 2019

Kerala CM backs KCR’s outlook
Hyderabad: A day after his one-on-one meeting with Chief Minister K Chandrashekhar Rao in Thiruvananthapuram, Kerala Chief Minister Pinarayi Vijayan termed the meeting as ‘significant’. He also expressed confidence in the possibility of a non-BJP, non-Congress front at the end of the ongoing Lok Sabha election..
08 May 2019
Show More..