Hyderabad: Giving birth to quadruplets could lead to multiple complications for the mother, newborns and even healthcare providers who have to take utmost precautions for a safe delivery. A couple from Moula Ali, Hemlatha and Lakshman, however, had a happy ending when their quadruplets as well as the mother, recovered from the initial complications. On April 2, the 24-year-old woman successfully gave birth to quadruplets, two males and two females, at Geetha Nursing Home in Marredpally, without any major complications. However, the quadruplets were underweight with each of the twins weighing less than 1,100 grams..

LS results not a setback for TRS, says KTR
Hyderabad: Admitting that the Lok Sabha elections threw up some unexpected results in Telangana State, TRS working president KT Rama Rao on Tuesday stated that the party will conduct an in-depth review of the polls after the ensuing MLC bypolls on May 31. He denied that the results were a setback for TRS and felt that TRS workers need not feel disappointed with the results. In an informal interaction with mediapersons, the TRS working president said numerous factors influenced the election results where BJP won four seats and the Congress bagged three seats. He admitted that the leadership of Prime Minister Narendra Modi was one of the main reasons for BJP’s growing vote share. “These election results were unique and no single reason can be pointed to describe why the party lost in some seats. Success have many fathers but failure is an orphan,” he said..
29 May 2019 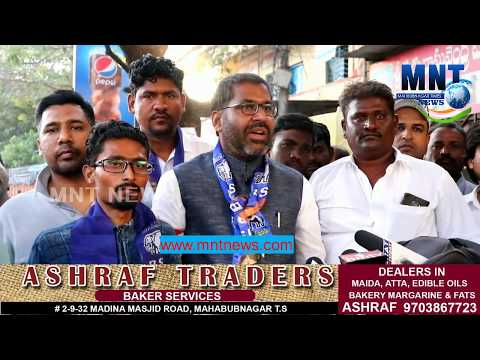 Hyderabad: Man arrested for attempting second marriage
man was arrested on Saturday for attempting to second marriage here at Nagole. Kishore Reddy (30) who got married in 2015 was arrested for trying to marry another woman. Getting into details, Reddy a native of Aspalliguda of Shabad mandal married a woman in 2015 in Arya Samaj. A few months after marriage, the woman went to the US for a job. Meanwhile, the woman who tried the US visa for her husband was rejected..
10 Feb 2019

KTR wins fourth term from Sircilla
Rajanna-Sircilla: IT and Industries Minister KT Rama Rao has set a record by winning a fourth consecutive term as MLA from Sircilla constituency. He won the seat by a margin of 89,009 over his Congress rival KK Mahender Reddy. While KTR secured 1,25,213 votes, Mahender Reddy got 36,204 votes..
12 Dec 2018

Telangana: KTR’s tour partially cancelled
Hyderabad: TRS working president KT Rama Rao partially cancelled his ongoing State-wide tour to prepare the party cadre for the upcoming Lok Sabha elections. The party sources said he would participate in five of nine meetings from the previous schedule and would conclude the tour on March 16 in the wake of the Election Commission of India announcing schedule for the Lok Sabha polls..
11 Mar 2019
Show More..