Will fulfil my duty as Governor constitutionally: Bandaru Dattatreya...

Hyderabad: Thanking Prime Minister Narendra Modi and Home Minister Amit Shah for appointing him as Governor of Himachal Pradesh, former Union Minister Bandaru Dattatreya on Sunday said he will discharge his duties in accordance with the Constitution..

IRS officer guides UPSC aspirants on WhatsApp
Warangal: Majority of the Civil Services aspirants, mainly those from rural background face difficulty in cracking the exam due to lack of proper guidance during the preparation. Keeping this in view, a 2016 batch Indian Revenue Service (IRS) officer, Sadu Narasimha Reddy, who is now working as the Additional Commissioner, Central GST, Vishakapatnam, has created a ‘WhatsApp’ group named ‘Competitive WGL’ to help candidates who are preparing for Union Public Service Commission and other competitive exams from erstwhile Warangal district..
14 Feb 2019 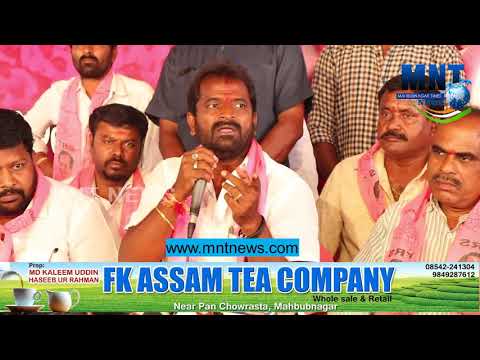 NDA does a TRS, copies Rythu Bandhu for farmers across country
Hyderabad: The BJP-led NDA government took a leaf out of the Telangana Rashtra Samithi government’s welfare policy for the farm sector, announcing an annual direct income payment of Rs 6,000 for farmers in the country. Presenting the interim budget for 2019-2020 in Parliament on Friday, Union Minister Piyush Goyal, standing in for the ailing Finance Minister Arun Jaitley, announced the Prime Minister’s Kisan Samman Nidhi, which envisages payment of Rs 6,000 in three instalments of Rs 2,000 each. The new scheme is nothing but a replication of the path-breaking ‘Rythu Bandhu’ scheme of the TRS government launched during last Kharif season..
01 Feb 2019

Attempt to win over rural voters: TRS
Hyderabad: Telangana Rashtra Samithi (TRS) leaders on Friday said that the 2019 budget by the NDA government was for getting votes in the elections and the financial assistance to the farmers was a copy of KCR’s Rythu Bandhu scheme. TRS working president K T Rama Rao reacted to the Union budget and said Jai Kisan. Rao on his Twitter account said, “the name may have been changed by NDA government, in spirit it remains as a trimmed version of Rythu Bandhu... ‘Jai Kisan’.” He also said, “they say imitation is the best form of flattery. Glad that the farmers of India are going to be helped by Rythu Bandhu... .
02 Feb 2019

Pay adequate ex-gratia to the traders: Ahmed Pasha Quadri
Hyderabad: All India Majlis-e-Ittehadul Muslimeen general secretary and Yakutpura legislator Ahmed Pasha Quadri demanded the All India Industrial Exhibition Society and the State government pay adequate ex-gratia to the traders who lost their merchandise in “fire accident”. “We do not want the government and the exhibition society to pay peanuts and wash off their hands. Traders from across the country have come to this decades old fare of the Hyderabad and all efforts should be made to ensure justice to those who suffered huge losses,” said Ahmed Pasha Quadri..
31 Jan 2019

‘TRS will script history by winning LS polls with big margin’
Suryapet: The Education Minister Guntakandla Jagdish Reddy on Friday exuded confidence that the TRS candidates in all 16 Lok Sabha constituencies would win in the elections with more than three lakh margin of victory and create history in the country. Speaking at the meeting of main leaders of the party from Suryapet Assembly constituency, which was held in the party office at Vidhya Nagar of Suryapet, Jagdish Reddy said that TRS, which was launched as an agitation party, had achieved its goal of Telangana State through democratic means. “It is to the credit of Chief Minister K Chandrasekhar Rao that the entire country is looking towards Telangana State, which has achieved significant development and is in top position in implementing welfare schemes within short span of five years,” he said..
16 Mar 2019
Show More..