Rajanna-Sircilla: The struggle to get a square meal and being driven to suicide, being unable to clear debts, are a thing of the past in the textile town of Sircilla. Local weavers, who used to die either due to starvation or commit suicide due to lack of employment, have reached a position where they can save some money for a rainy day, besides clearing debts. All this is, thanks to Bathukamma saree orders for bringing a major change in the lives of Sircilla weavers..

Mahababunagar admin plans massive New Year bash
Mahabubnagar: The Mahbubnagar district administration announced that a ‘New Year Bash’ would be organised at Mayuri Haritha Vanam, which is famously known as the Mayuri Park, on the outskirts of Mahabubnagar town on December 31. It is roping in celebrities to entertain the audience. Joint Collector S Venkat Rao released event’s poster at his chambers at the District Collectorate on Saturday. Addressing the media, he said the objective was to entertain people at an affordable price..
30 Dec 2018 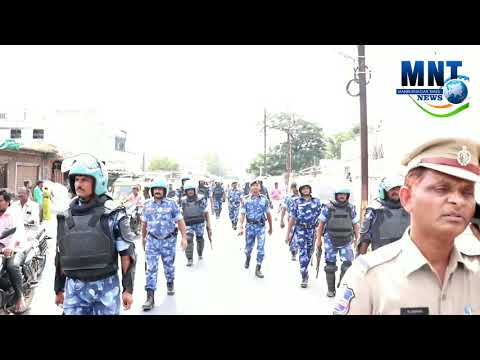 Telangana: One killed, several injured in Blast in Siddipet
Siddipet: A man was killed and several others received serious injuries in a gelatin stick explosion at a stone crushing machine plant in Chinnakodur Mandal of Siddipet district in the early hours of Wednesday. The victims were working at the Ali crushing Industry at Medipally Mallaram village when the explosion reportedly occurred..
09 Jan 2019

Hyderabad: In poll fray to make city most loveable, livable, says Sai Kiran
Hyderabad: Making Greater Hyderabad the most loveable and liveable city in the country as per the action plan suggested by Chief Minister and TRS president K Chandrashekhar Rao had been the only agenda for me to contest the Lok Sabha elections, said TRS nominee Talasani Sai Kiran Yadav who is contesting from Secunderabad Lok Sabha constituency. He said the State government was preparing a plan with about Rs 50,000 crore for the development of infrastructure and assured to strive hard to get more funds and projects for the city if he wins the election. Participating in a ‘Meet the Press’ programme organised by Press Club of Hyderabad here on Sunday, Sai Kiran Yadav explained his vision for the development of Hyderabad and Secunderabad..
08 Apr 2019