Works on all irrigation projects will continue uninterrupted: KCR...

Hyderabad: Chief Minister K Chandrashekhar Rao on Monday assured the people of the State that despite the economic downslide, construction works on Kaleshwaram, Palamuru-Rangareddy, Sitarama, Devadula and other major irrigation projects will continue without any interruptions..

Food poisoning: Tahsildar told submit report
Jayashankar Bhupalpally: District Collector Vasam Venkateshwarlu visited Chityal Government Hospital on Tuesday and enquired about health condition of the students of Telangana Social Welfare Residential Girls’ High School at Chityal in the district, who were admitted to the hospital as they had taken ill after having supper served in their hostel on Monday. A total of 60 students complained of vomiting and diarrhoea on Monday and 30 of them were admitted to the hospital for treatment..
06 Feb 2019

‘Vigyanotsav’ at UoH to help young minds pursue science
Hyderabad: To motivate the young minds to understand, appreciate and pursue science in the future, Junior Science Club (JSC) run by Integrated science students of the College for Integrated Studies at the University of Hyderabad (UoH), is organising Vigyanotsav, an annual science fest on February 9. Vigyanotsav is being conducted to promote the spirit of science among students in the university community by organizing various science-based activities such as workshops, lectures, competitions and visits to facilities and laboratories..
04 Feb 2019 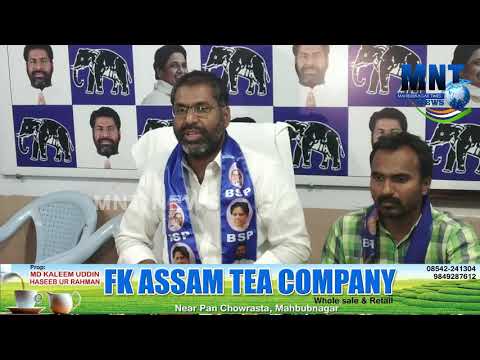 KTR accuses BJP govt of partisan attitude
Hyderabad: TRS working president KT Rama Rao strongly condemned the partisan attitude of the BJP-led government at the Centre which refused financial assistance to the Telangana government’s flagship programmes — Mission Bhagiratha and Mission Kakatiya. He accused the Union government of being partial to the BJP-ruled States and meting out stepmotherly treatment to States where the BJP had no future. The TRS working president declared that the State government will continue to pursue the pending issues with the Centre, while TRS MPs will not hesitate to launch a protest within and outside the House, demanding justice for the State..
05 Jan 2019
Telangana: Four engineering students feared drowned in Kodad tank
Suryapet: Four students of Anurag Engineering College are feared drowned in a tank in Kodad on Wednesday morning. According to reports reaching here a group of six students went near Pedda Cheruvu to have lunch and one of them slipped and fell into water while trying to wash his hands. The three others tried to save him by jumping into water, but all the four drowned..
27 Feb 2019

Mahabubnagar DLSA to submit report mishap in 15 days
Mahabubnagar: Chandrashekhar, Senior Judge and Secretary of District Legal Services Authority of Mahabubnagar (DLSA) said the DLSA had taken up the case of 10 NREGS workers, who died in Tileru village of Maldakal mandal on Wednesday, as suo-moto. He said the investigation would be completed within 15 days and after the investigation was completed, a report would be sent to the State Legal Services Authority, on whose directions further steps would be taken to do justice to the bereaved families. .
13 Apr 2019
Show More..