Hyderabad: The State government on Wednesday issued orders releasing Rs 83 crore towards payment of salaries of Anganwadi workers in the State. The funds were released in less than 24 hours after Anganwadis submitted a representation to Women and Child Welfare Minister Satyavathi Rathod, seeking her intervention in the payment of their salaries ahead of Dasara..

Mahabubabad gets passport centre
Mahabubabad: Residents of Mahabubabad will no longer have to travel to Warangal or Hyderabad to get their passport as a Post Office Passport Seva Kendra (POPSK) was inaugurated in the town on Saturday, Local MP A Seetharam Naik said. Seetharam, MLA B Shankar Naik and other officials inaugurated the facility on Saturday. Speaking on the occasion, Seetharam said POPSK will help the people get a passport in a much easier and faster way..
10 Feb 2019

SHC finalises arrangements for Haj Qurrah
The Telangana State Haj Committee in its meeting today finalized the arrangements for selection of Haj pilgrims for Haj 2019 through Computerised Draw of Lots (Qurrah) on 12th January at 11:00 AM in Haj House premises..
10 Jan 2019

KCR takes oath first, woman MLAs follow
Hyderabad: Chief Minister K Chandrashekhar Rao was the first to be administered the oath of office as a member of the State Legislative Assembly by Pro-tem speaker Mumtaz Ahmed Khan when the House assembled on Thursday, marking the commencement of its four-day first session. Immediately after the Chief Minister was administered the oath of office, it was the turn of the woman MLAs — six of them — to be administered the oath, starting with A Rekha Naik (TRS) followed by D Anasuya, G Sunitha, Haripriya Bhanot, Padma Devender Reddy and P Sabitha Indira Reddy. The names of the remaining MLAs were called in alphabetical order for oath taking. The oath taking exercise started at 11.30 am and lasted almost 90 minutes..
18 Jan 2019 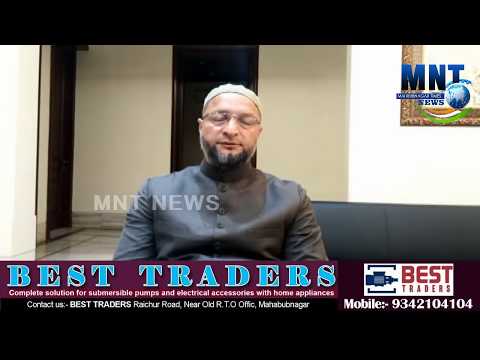 BJP will form next TS government: Banda Satish
Banda Satish, the Secunderabad assembly BJP candidate, on Friday claimed that the BJP was sure to come to power in the ensuing elections. He was speaking during his election campaign in Chilkalguda, and Addagutta on Friday. Interacting with the media during the campaign, he said he would be filing nominations on Saturday after a rally starting from Arts College which passes through Warasiguda, Sitaphalmandi and Chilkalguda up to the election office. .
17 Nov 2018