Rythu Bandhu funds to be released in 15 days...

Rs.66 lakh worth gold seized at Hyderabad airport
Hyderabad: Based on specific intelligence, officers of the Directorate of Revenue Intelligence (DRI), Hyderabad, intercepted a passenger who had arrived at Rajiv Gandhi International Airport on flight 6E-648 from Indore on Saturday midnight. On examination, it was found that the passenger was carrying foreign-marked gold bars weighing a total of 1996.70 gms, valued at Rs. 66.27 lakh. The gold bars were concealed in his shoes..
20 Jan 2019 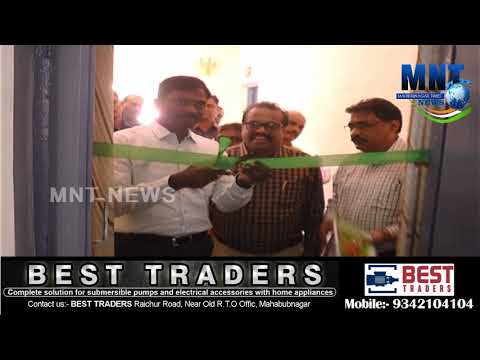 Kakatiya University to conduct TSICET on May 23-24
Warangal Urban: Telangana State Integrated Common Entrance Test (TSICET) 2019 will be conducted by Kakatiya University (KU) on behalf of the Telangana State Council for Higher Education (TSCHE) on May 23 and 24, TSCHE Chairman Prof T Papi Reddy said. Speaking to mediapersons at the Seminar Hall of Commerce and Business Management department, KU, here on Friday, Reddy said TSICET 2019 will be held for admissions into MBA and MCA programmes in colleges across Telangana..
08 Feb 2018

Arun Jaitley lauds TS model of farm loan waiver
Hyderabad: Among seven to eight States which had promised farm loan waiver in a bid to reach out to farmers, only Telangana was successful in delivering the benefits effectively, said Union Minister for Finance Arun Jaitley on Saturday. Speaking to mediapersons after the GST Council meeting, he said that compared to many other States, Telangana had performed relatively well in the GST era..
23 Dec 2018

Ravindra Jadeja was fit when we selected him for Australia Tests: MSK Prasad
Melbourne: Chairman of selectors MSK Prasad Tuesday made it clear that his committee picked Ravindra Jadeja for the Test series based on the fitness report where he was declared absolutely fit. Jadeja, who had a shoulder stiffness couldn't feature in the second Test in Perth and coach Ravi Shastri told the mediapersons that the player was carrying the niggle from India..
25 Dec 2018