New Delhi: Congress MP Rahul Gandhi on Friday expressed shock over the alleged rape and murder of the female veterinary doctor in Hyderabad and showed his solidarity with the deceased’s family..

Kakatiya University extends last date for BEd
Warangal: The School of Distance Learning and Continuing Education (SDLCE) of the Kakatiya University (KU) has extended the application deadline for admission into two-year BEd (distance mode) for in-service teachers for the academic year 2018-19 through entrance test. The last date has been extended to February 16 with a late fee of Rs 1,000 on Tatkal basis, Director Prof G Veeranna said in a release here on Monday. The entrance date is scheduled to be conducted on February 17. .
13 Feb 2019

Scholarships: Applications invited from SSC, Intermediate passed candidates
Dr. Mohammed Fasihuddin Ali Khan, Founder Chairman of Indo-British Education Foundation, London have informed that brilliant and talented students who have secured 90% or more marks in SSC and Intermediate in the public examinations of 2018 will be awarded these scholarships..
13 Jan 2019 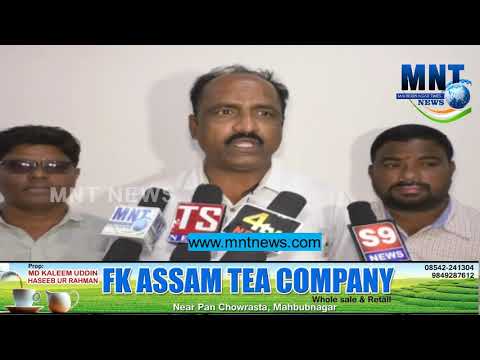 Religious harmony at Darulshifa
Charminar: Have you ever wondered the existence of Church in the midst of Muslim dominated area close to Charminar. Surprisingly, there is a small protestant church located in narrow lane of Yousuf Bazar in Chattabazar area, named Mennonite Bretheren Church, whose devout are mostly the 5th generation migrants from Kurnool. Most of the Church goers are said to be residents of Darulshifa, whose forefathers had migrated from Kurnool during the time of Nizam and worked as cobblers for the royal horses. Now reduced to a few hundred (about 500), this small community of Christians used to make all kinds of leather material from saddle to noseband and reins of the horses used by royalty back then. “Their great grand-parents migrated to this place and offered houses to live besides leather work by Nizam. Even though there was no proper place of worship then, about 60 years back we came up with this Church for praying,” said Rev Father CS Joel, who has been serving since 2014 in this capacity..
25 Dec 2018

Hyderabad: 7-year-old boy mauled by dogs in Moula Ali
Hyderabad: A seven-year-old boy Saqlain Ali was severely mauled by a pack of stray dogs, leaving the boy badly injured atop the Moula Ali Hill on Monday night..
28 May 2019
Show More..