Karimnagar: A woman allegedly having an extra-marital relation, eloped with her beau after poisoning her husband, two children and father-in-law in Burugupalli village of this district. This bizarre incident occurred on Thursday night, but came to light on Saturday morning..

TV9 CEO Ravi Prakash dispels arrest rumours
Hyderabad: Amidst rumours that he went underground for the last two days after a case was booked against him, TV9 Telugu news channel Chief Executive Officer (CEO) Ravi Prakash appeared on screen during the channel’s 7 pm news bulletin on Thursday and urged people not to believe in false news..
09 May 2019 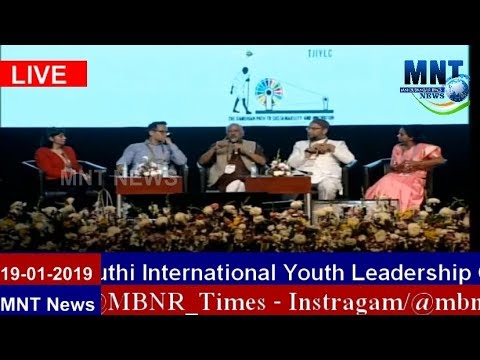 Congress likely to release candidates' list for Lok Sabha polls on March 6
The Congress party is likely to release its candidates' list for ensuing Lok Sabha polls on March 6. To finalise the candidates, the TPCC president Uttam Kumar Reddy has been invited to Delhi by the party high command to attend a meeting organised on March 4. However, it is learned that Uttam will visit Delhi on March 6 as the festival Mahasivaratri is falling on March 4. The Congress has already conducted meetings according to the constituency-wise and is believed to have shortlisted the candidates' names. The party is set to contest in all 17 Lok Sabha seats..
01 Mar 2019

Kakatiya-era temples yearning for attention
Warangal: The Kakatiya temples, located just 33 km away from Warangal city on National Highway 163 in Atmakur mandal in Warangal Rural district, are crying for attention since years. Believed to have been built during the 12th century AD by one Kataya Senani, a general of the Kakatiyas, the temples are situated just a half-a-km from NH 163. Though the shrines were declared as ancient monuments and notified as protected structures under the State Archaeological and Remains Act 1960 by the Department of Archaeology and Museums, there have been no efforts either to protect or renovate these ancient monuments..
01 Feb 2019

Rahul’s public meeting venue changed
Hyderabad: Telangana Congress on Wednesday said the proposed public meeting to be addressed by party president Rahul Gandhi in Hyderabad on Saturday will be held at the ground next to Classic Convention Hall at Shamshabad. The party originally planned to hold the meeting at Pahad-e-Sharif, but police permission was granted for the new venue. .
06 Mar 2019
Show More..