Telangana: Fire breaks out in bus, all passengers safe in Nalgonda...

Nalgonda: A private bus on its way to Ongole from Hyderabad was gutted completely after fire broke out near Cherlapally in the wee hours of Moonday.. 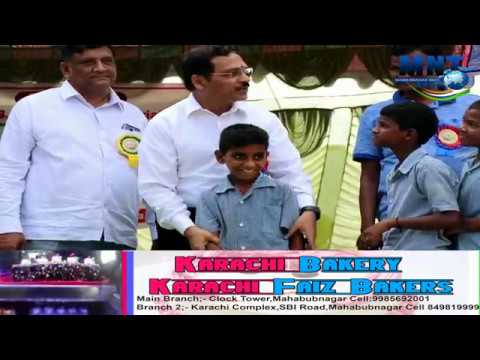 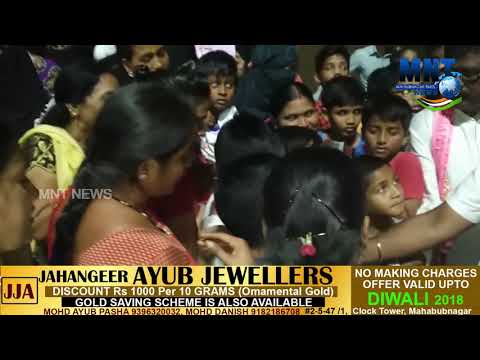 Hyderabad likely to reel under power outage next week
Due to the disruptions faced by National Thermal Power Corporation Talcher Stage II in distributing the power to the southern state, Hyderabad along with many parts of the state will experience frequent power cuts next week. The power outage is due to the shutdown of 500kv High Voltage Direct current to carry out the maintenance works. Discoms in the state have been put on a high alert and were asked to monitor the situation of power supply for the next week. They were also asked to minimize the power cuts in the state. .
31 Jan 2019

Warangal Urban: Tension as Congress leaders try to lay siege to Collectorate
Warangal Urban: Tension prevailed for some time near Nakkalagutta locality in the city when Congress leaders tried to lay siege to the district collectorate here on Thursday. They were protesting against the goof up in the Intermediate results. A scuffle took place between the Congress leaders and policemen. This led to arrest of the leaders including Vijayashanthi, DCC president N Rajender Reddy, Konda Surekha and others. Earlier addressing the gathering at the Ekashila Park, Vijayashanthi come down heavily on Chief Minister K Chandrashekar Rao holding him responsible for the suicides of nearly 20 students after the announcement of the results. She alleged that Chandrashekar Rao was busy in ‘purchasing’ the MLAs while the students were ending their lives due to irregularities in the results. She also said that the government should take responsibility for the goof up and see that students get justice. “We want the government to announce compensation to the family members of students who committed suicides,” she added..
26 Apr 2019

Bike catches fire, rider escapes unhurt in Hyderabad
Hyderabad: A biker had a miraculous escape when the motorcycle he was riding caught fire at Himayatnagar on Monday afternoon. According to reports, the man, in his 30s, was going on a Bajaj Pulsar 220 cc bike when flames suddenly started coming out from the front side of the vehicle. The man left the bike and moved away. Local people immediately extinguished the flames using a fire extinguisher. The Narayanguda police said the man had recently purchased the motorcycle. Officials are suspecting some electrical wiring problem or battery related problem to have caused the fire. .
04 Feb 2019

Yacharam: New trap cage designed to catch wily leopard
Hyderabad: In their bid to see through the tricks of a wily leopard that has eluded capture for nearly three months now in the Yacharam area of Ranga Reddy district, Forest Department officials have come up with an innovative trap cage design, which, they hope, will prove effective in catching the big cat. The male leopard had been giving the Department officials in Amangal forest division some sleepless nights since it made its first cattle kill in the first of this January. Because it has mostly been operating in the Yacharam mandal, the big cat, now referred to as the Yacharam leopard, has so far killed nearly 20 animals, including calves from about half a dozen villages in the Amangal area..
03 Apr 2019
Show More..