Telangana: TSRTC fares to go up from Monday midnight...

Hyderabad: With the revision of ticket fares by Telangana State Road Transport Corporation (TSRTC), the minimum fare in city ordinary bus has been hiked from Rs.5 to Rs.10..

Kohli, Krunal fire India to series levelling win
Sydney: Virat Kohli fired the opening salvo on the Australia tour with a match-winning 61, helping India win the third T20 International by six wickets and draw the three-match series 1-1 here Sunday. Kohli’s sublime 41-ball knock and his 60-run unbeaten stand with Dinesh Karthik (22 not out off 18) gave India the much needed series leveling win ahead of the all important Test series beginning December 6 at Adelaide..
25 Nov 2018 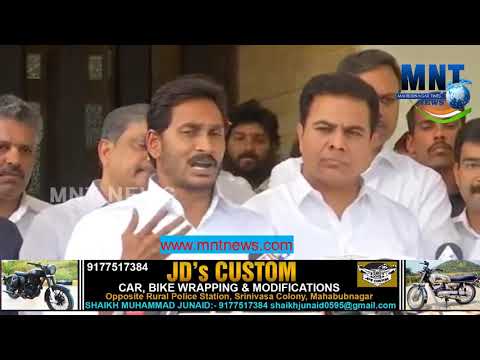 Vigil to be increased against illegal electric fences, snares
Hyderabad: Following the recent incidents of death of humans and wild animals from electrocution, including the use of electrified snares by poachers who killed a tiger in the Kawal Tiger Reserve, the State Forest Protection Committee has decided to increase vigil against the menace of illegally erected electrified fences and snares..
22 Jan 2019

70-m long tricolour holds sway at heritage walk in Hyderabad
Hyderabad: A 70-metre long tricolour marking the 70th Republic Day was the centre of attraction of a five-kilometre heritage walk taken out from Charminar by students of Delhi Public School and Pallavi Model Schools on Saturday. Over 2,000 students from the two schools, which have branches in Nacharam, Mahendra Hills, Nadergul, Bowenpally, Alwal, Boduppal, Gandipet, Saroornagar and Tivoli, came together to celebrate the spirit of Republic Day, a press release said..
27 Jan 2019

TSPHC chairman unhappy over delay in PS works
Peddapalli: Telangana State Police Housing Corporation chairman Koleti Damodar expressed displeasure at the pace of Godavarikhani Town-I police station works. The police station, which is being constructed with all modern facilities, would be a model police station in the State. Damodar along with the Ramagundam Police Commissioner examined the ongoing works on Wednesday and instructed officials to issue notice to contractor seeking reasons for delay..
27 Dec 2018

Facebook shelved a feature intended to promote civil political discourse
The wall street journal reports that Facebook had begun working on a feature that would encourage users of opposing political beliefs to interact in a more positive way. But the project — known as “Common Ground” — was reportedly halted after Facebook’s global head of policy raised concerns that it could lead to accusations that the site was biased against conservatives. Sources told the WSJ that the Common Ground project would have brought together several different projects “meant to minimize toxic content and encourage more civil discussion,” which included changes to how the News Feed was ranked, and to de-emphasize “hateful” comments. Kaplan — along with other executives — worried that conservative users would be disproportionately impacted by the changes, and noted that the term “‘common ground’ was patronizing.” The project was reportedly shelved over concerns that it would impact user engagement, although Facebook told the WSJ that it was continuing to study polarization on the site..
24 Dec 2018
Show More..