Adilabad: Five members of inter-State gang of electric transformer lifters were arrested for allegedly stealing copper wire extracted from transformers in different parts of erstwhile Adilabad district and neighboring Maharahstra. As many as 1,000 kilo grams of copper wire worth Rs 5.65 lakh has been seized. SP Vishnu Warrier briefed details of the accused and modus operandi to media here on Tuesday..

Suryapet: Two dead, two inured in road accident on NH 65
Suryapet: Two persons were killed and two others injured in an accident on 65 at Akupamula village of Munagala mandal in the district on Saturday. The deceased were identified as Narra Ram Babu (55) and his brother’s son Narra Sai (17). The injured were Venkat Rao and Jhansi. According to Munagala police, the incident took place when the car in which they were travelling in suffered a tyre burst and hit a culvert. The victims, who were natives of Nizamabad, were heading towards Gannavaram in Krishna district of Andhra Pradesh from Hyderabad. Ram Babu died on the spot while Sai died on his way to a hospital in Kodad. The injured were shifted to a private hospital in Kodad..
30 Mar 2019

Facebook helps trace missing Hyderabad boy after 8 years
Hyderabad: Social networking site Facebook and the Rachakonda Police have helped a mother find her son, eight years after he went missing. Susanna, a resident of Navodaya Nagar in Moulali had approached the Kushaiguda police in January 2011 stating that her eight-year-old son, Dinesh Jena, was missing for five days. Though the police registered a case and took up investigation, they could not trace the boy..
03 Apr 2019 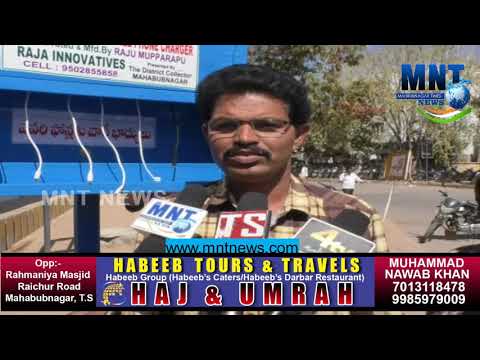 Virat Kohli faces backlash after asking fan to ‘leave India’
New Delhi: India skipper Virat Kohli faced the wrath of social media users after he asked a fan to leave the country if he did not like to watch Indian cricketers in action. Kohli, who launched the ‘Virat Kohli Official App’ on his 30th birthday on Monday, faced the backlash after his reaction to a fan, who confessed his preference for English and Australian cricketers over Kohli’s blue brigade..
08 Nov 2018