Sports enthusiasts stage protest at Hyderabad’s LB Stadium
Hyderabad: A handful of athletes, coaches and a few sports enthusiasts gathered in front of the Lal Bahadur Stadium on Monday morning to stage a protest against giving the iconic stadium to private functions..
27 May 2019

Focus on AP: TRS MLAs to Naidu
Hyderabad: TRS legislators continued their tirade against Andhra Pradesh Chief Minister and TDP president N Chandrababu Naidu stating that he was trying to use the bogey of Chief Minister K Chandrashekhar for the 2019 elections in Andhra Pradesh. They suggested that Naidu focus on administration in his State rather than making baseless allegations against Rao who was far ahead of Naidu in terms of governance..
01 Jan 2019

Rains wash away farmers’ hopes
Nagarkurnool/ Jogulamba Gadwal: J Mallesh (26), a resident of Marepally village in Thimmajipet mandal of Nagarkurnool district was busy on Wednesday, sorting out what was left of the red chillies which he had harvested last week. Unseasonal rains for the past few days had dashed his hopes of getting a good yield which he was almost sure of, just when rainwater dampened the entire yield which he had left to dry..
31 Jan 2019 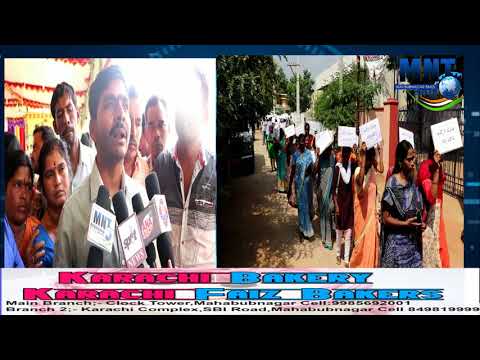