Adilabad: No lawyer came forward to fight on behalf of the three accused in the sensational Samatha gang rape and murder case. They were produced before a fast track court in Adilabad on Monday..

Hyderabad among top four office space markets: CBRE
Hyderabad: Hyderabad is amongst the top cities contributing to the growth of office space in the country. For the year 2018, the gross leasing activity in India touched 47.4 million sq ft, registering a growth of 5.3 per cent year-on-year. Bengaluru, NCR, Hyderabad and Mumbai dominated the office leasing on annual basis, accounting to 80 per cent of the overall space take-up, according to the latest report by real estate consulting firm CBRE South Asia..
23 Jan 2019

Pocharam is second Speaker from Nizamabad
Hyderabad: Pocharam Srinivas Reddy, who was unanimously elected as the second Speaker of the Telangana Legislative Assembly, is one of the senior most politicians from Nizamabad district. The sixth time MLA also held the crucial Agriculture Department as its Minister in the Telangana Rashtra Samiti’s first term in power from 2014 and played a key role in implementation of Chief Minister K Chandrashekhar Rao’s path-breaking schemes for farmers’ welfare in the State..
18 Jan 2019

Many Telugu students return from US
Hyderabad: Fearing action from officials in the US in connection with issues related to visas and Curricular Training Programmes (CPT), dozens of candidates from the two Telugu States, who were staying in the US without proper documents, returned to their native places on Monday. The candidates landed at the Rajiv Gandhi International Airport (RGIA) in Shamshabad and straightaway headed to their residences. The Ministry of External Affairs (MEA) has confirmed that no one was deported..
05 Feb 2019 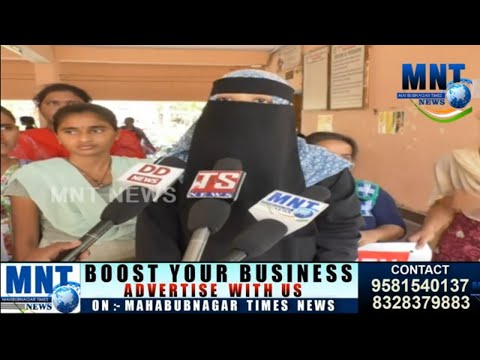 ‘Improving health sector top priority for TS govt’
Nalgonda: Telangana Rashtra Samithi (TRS) State secretary Chada Kishan Reddy on Sunday said the TRS government was according top priority for health sector and had extended financial aid to the poor so as to ensure that they get proper medical facilities. Distributing Chief Minister’s Relief Funf (CMRF) cheques totalling to Rs 7.25 lakh to 11 beneficiaries at Nalgonda, Kishan Reddy said Chief Minister K Chandrashekhar Rao had succeeded in developing infrastructure and medical services in government run hospitals on par with corporate hospitals by taking up several initiatives. The Chief Minister was also generously extending financial aid to the poor patients to meet the expenditure of their medical treatment, he added..
10 Feb 2019
Show More..