Ambati Rayudu retires from all formats of the game

Dhoni finishes off job to clinch ODI series for India

Chahal grabs six as India bowl out Australia for 230

Pujara and Bumrah were key to India’s win: Azhar

India beat New Zealand in 5th ODI, win series 4-1
Wellington:Ambati Rayudu, Vijay Shankar and all-rounder Hardik Pandya rose to the occasion to hand India a 35-run victory against New Zealand in the fifth and final One Day International match and clinch the limited overs series 4-1 here on Sunday. After losing four quick wickets for just 18 runs, Rayudu (90), Shankar (45) and Kedar Jadhav (34) stabilised the Indian innings and then Pandya made a quickfire 45 in 22 balls towards the end to post a decent score before the Indian bowlers came into the picture and dismissed New Zealand for 217. .
03 Feb 2019

Rain expected in Telangana in next 48 hours
Rain is likely to occur in some parts of Telangana in the next 48 hours due to a low-pressure area developed over Chattisgarh, Jharkhand and Odisha and the formation of a trough extending from Tamil Nadu to Rayalaseema, said an IMD official..
10 Feb 2019 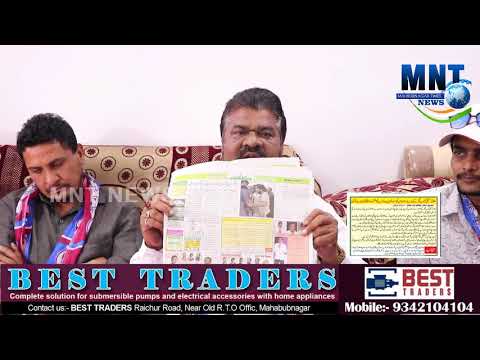 Warangal’s Kakatiya zoo intensifies efforts to get big cats
Warangal (Urban): Authorities of Kakatiya Zoological Park, Warangal, have intensified their efforts to get a pair of big cats as the construction of the enclosure will be completed in a month at the zoo. A proposal to Chief Wildlife Warden (CWW) and Central Zoo Authority (CZA) was made to provide a pair of tiger long ago..
15 Apr 2019

Alumni go all out to help alma mater in Thimmajipally of Gadwal
Jogulamba Gadwal: A group of Osmania University alumni have shown that all it takes is strong will and dedication to bring about a qualitative change in the lives of children of their remote village in Alampur constituency. Veeresh, a native of Thimmajipally village in Vaddepally mandal, completed his double masters from Osmania University and is currently trying to get into a PhD programme. There are graduates, post-graduates and even PhD holders from this village, many of whom who had studied in the Mandal Parishad Upper Primary School in the village and were doing well in life. Some of the alumni came together to do something for their village and decided to develop the small and neglected school which had just a few classrooms and just one teacher. Having observed that all the children from the village were studying in private schools, they took a vow to change the trend for good..
25 Feb 2019
Show More..