Sharp hike in liquor prices in Telangana ahead of New Year

Telangana SSC Board launches mobile app for grievances
Hyderabad: Ahead of the declaration of SSC Public Examinations results on Monday, the Directorate of Government Examinations i.e., the SSC Board, has launched a student grievance mobile app..
12 May 2019

Telangana State GST collections soar
Hyderabad: Telangana continues to register impressive growth in the collection of Goods and Services Tax (GST) in the current year, maintaining more than 20 per cent growth till the end of February. Interestingly, the State collected a whopping Rs 1,040 crore of State GST (SGST) in February when the national level GST collections were Rs 97,246 crore, down from Rs 1.02 lakh crore collected in January. In GST era, February 2019 has been the best month for the Commercial Taxes Department of Telangana government. The officials collected Rs 1,040 crore of SGST in last month, beating previous best of Rs 1,021 crore collected in April last year. The officials could achieve the targets and collect nearly Rs 3,000 crore of GST including SGST, Central GST (CGST) and Integrated GST (IGST) in February. “Despite a nation-wide drop in GST collections, we could achieve the growth due to consistent pursual of pending cases of GST arrears. We hope to beat the February collections during March as the financial year comes to an end,” said an official in the Commercial Taxes department, which issued notices to traders who failed to pay their arrears..
21 Mar 2019 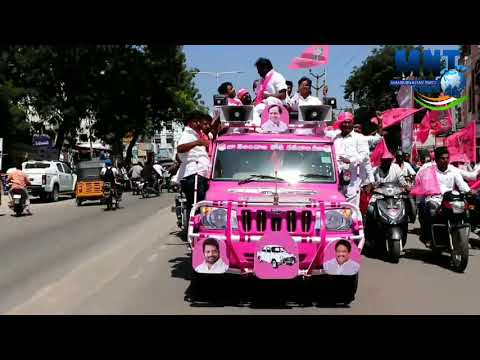 Watch: Class IV student narrates success tale of Telangana
Hyderabad: Not only adults, even school-going children are telling the success tales of Telangana and testifying the progress they have witnessed in their villages. A video featuring a school girl has caught the eye of netizens and is doing rounds on social media. Through the video, a girl named Gayathri Naik from Solipur village in Wanaparthy is seen explaining the changes that took place in her village after the formation of Telangana..
13 Nov 2018
Show More..